Ive been a fan of Stephen King since the summer of seventy five. Id followed my parents up to Sheffield after leaving school and spent the summer reading junk in the garden of their new house.

Almost inevitably I quickly ran out of reading matter, so I wandered down to the local newsagent. Somewhere on the rotating wire rack I spotted a volume that was considerably thicker than the rest, a veritable “Lord of the Rings”. I figured that might last me a while so I picked it up, it was “The Stand” by Stephen King. 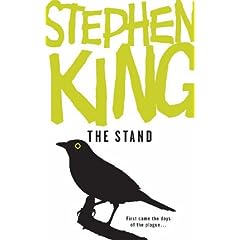 I read the blurb on the back cover and then turned to the first few pages – there was a quote from Bruce Springsteens “Jungleland”.

I figured that any writer who quoted “The Boss” was alright by me.

I was right, on several counts. The book did indeed last me longer than most and as a fan of most things American, I enjoyed Stephen Kings writing style. Having said that, I thought the book was flawed; the climax seemed rushed and well, anticlimactic. I guess that was inevitable, it would be nigh on impossible to craft any satisfactory climax to a story that starts by wiping out 99% of the human race!

So why am I dredging up the past now?

Well this last week on the train I have been reading Kings latest – Duma Key – and while my old mate Jon would often expound that most writers only have three good books in them,  this one, which must be Kings thirtieth, is a cracker, and this time he seems to have gotten the climax right. 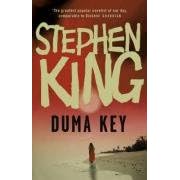 The story is pretty much the same as King visited in “It” – the ancient boogie man that must be challenged and destroyed. As I recall the climax of It was unsatisfactory as well. (In my humble opinion of course – I envy King’s talent, but as a paying guest I believe Im entitled to my opinions.)

Whats different with Duma Key is that King has set this book in a fictitious island on the Florida Keys, and his main protaganist, if not hero, is recovering from major injuries – not unlike those sustained by King in 1999. The plot is more personal, more internalised and thus more intense, and even though the story is written in the first person (so you can reasonably assume the hero survives) the story grips, and the climax – this time – doesnt disappoint.

And in common with The Stand – Duma Key is thicker than most books on the shelf, and lasted me the best part of a weeks commuting.

I guess I should dig out some of the old King stuff to revisit.