I confess, I’m not familiar with Korean food, my only previous experience being a dinner in a Korean Restaurant in Causeway Bay, Hong Kong back in 1999. But a recent episode of ‘The Hairy Bikers Asian Adventure‘  decided me that I should give the cuisine a try. 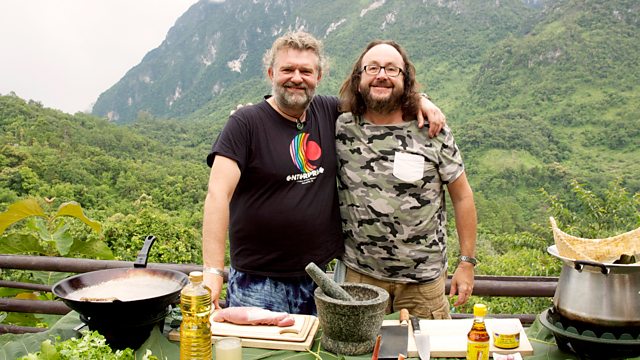 Since I started working in Manchester, I must have walked past ‘Baekdu’ on Shudehill at least fifty times, it’s situated in a former former branch of the Lancashire and Yorkshire Bank, between the Shudehill  transit interchange and the Miller Street/Rochdale Road junction. While it’s an elegant building, to be honest, doesn’t really look that appealing from the outside.

Inside there’s little evidence of a major refit, it still looks like a banking hall. Austere.

The kitchen occupies the former ‘back office’ area, with a couple of chefs toiling where clerks would have in the building’s former incarnation.

There was a single waitress/manageress who proved to be reasonably attentive, serving customers and clearing down tables efficiently.

The furniture is sparse, but not uncomfortable. This clearly isn’t ‘destination’ dining. On looking around, I found myself to be the only western face, among maybe twenty young Asian kids. Another westerner came in while I was eating my starter

To start I tried the Kimchi Pancake, which was around eight inches diameter and nearly a centimetre thick. It was frankly disappointing, being flaccid and largely tasteless until dipped in soy sauce, at which point it tasted like soy sauce. Not the Kimchi fireworks I was hoping for.

For my main course I ordered Dolsot Bipimbab; this was served just as I finished the last morsel of my starter and, judging by the cooked state of the egg that sat atop the dish, had been waiting to be brought out.

As such the theatre of stirring the egg into the dish was somewhat frustrated as the egg was nearly cooked. The rest of the dish was very pleasant, not earth-shattering but a slightly spicy rice and vegetables dish. There was little evidence of the chicken I’d ordered in the dish, but it was okay.

The ‘Cass’ Korean beer was unmemorable, not something I’d drink again.

The ‘westerner’ I mentioned earlier is obviously a regular, it was he who educated me about promptly stirring the dish to mix the egg through. He arrived as I was trying my starter, then ordered, stirred and enjoyed his Bibmibab (accompanied by a glass of tap water), and prompty left again before I’d finished my main course.

That’s the key to Baekdu, despite the impressive building and (slightly) up-market furnishings it’s Korean fast food, nothing more. It needs to be brightened up and made less austere, new signage, emphasise the fun.

As it is I might go back, it’s an inexpensive option, slightly spicier than Chinese.

If I do go back I’ll probably do the same as the other guy and just whizz in and out.